Was I stressed in the last twenty-four hours?  Why?

I am supposed to be a part of this new woman focused leadership program but it has been stressful. I never received my packet , so I have not seen anything official that I was accepted though I suppose an email with a “you’re in” was enough to let me know I was a participant.

I asked and was promised that then the invoice part came and they still got that wrong – I am shaking my head because I frankly expect more from women. And as a women targeted program it SUCKS so far! I am trying to be more patient since I would be in the inaugural class.

I still have no idea what I have not received, and I am trying my hardest to treat this like an exercise in managing my patience.

As for the leadership program, I am sure there is more to come about that here!  It starts tomorrow.

“…the child trying not to appear as a child, of the strenuousness with which she tried to present the face of a convincing adult.”
~ Joan Didion, Blue Nights

What did I do with my free time in the last twenty-four hours?

I watched Australian TV on Netflix and then made cheesy cauliflower rice.

“I’m a great reader that never has time to read.”
~ Eudora Welty

“You may be wondering what else I do with my free time. I spend a lot of it sitting around on my lazy ass watching TV. But also do you, so don’t judge.”
~ Andy Weir, The Martian

“Free time is a terrible thing to waste. Read a book.”
~ E.A. Bucchianeri

The computer I use most often is…..

My phone, I can’t believe how much I rely on my smart phone for things like; word processing, looking things up, and cheap entertainment.

I have bought this wonderful machine — a computer … it seems to me to be an Old Testament god, with a lot of rules and no mercy.”
~ Joseph Campbell

What is my favorite gadget?

Dreams about the future are always filled with gadgets.
~ Neil deGrasse Tyson

When is the last time I intentionally wasted a whole day?

I waste plenty of time by other people’s (and certainly my own) standards.

“Spend the years of learning squandering Courage for the years of wandering Through a world politely turning From the loutishness of learning.”
~ Samuel Beckett
“Youth is wasted on the young.”
~ George Bernard Shaw

“A man who dares to waste one hour of time has not discovered the value of life.”
~ Charles Darwin

My life would be easier if…. 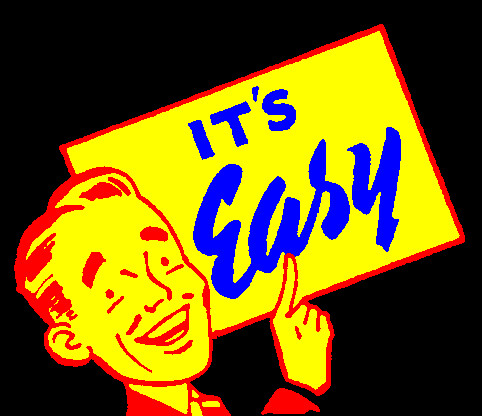 You know, I have had a super easy life. I was born to parents with above world average wealth in a third world country.  My biggest hardships are first world ones;

So what would make it easier? I don’t know that in my mind that is even a truly viable alternative. Or is it?

Nah, I can’t ask to have it all any easier than I have had it.

Does anyone owe me money?

God I hope not.

As a person of somewhat nebulous Scottish ancestry debt is a very dirty, dirty, dirty word.

“Yes, I deserve a spring – I owe nobody nothing.”
~ Virginia Woolf

Lots of songs for you today!

What is the last thing I felt guilty about?

The last thing I felt guilty about, an interesting thing to ask a former PresbyCatholic*, where guilt abounds as if raised by a Jewish grandmother in the postmodern era.

I think it was being diagnosed with cancer, I still go through bouts of guilt about it. I don’t know how to make the conversation easier. My cancer was the direct result of the Human Papilloma Virus (HPV), so the dirty little secret that I had sex is out there for all. I am a woman with a certain kind of community cred, and it feels like a dirty little secret.

Almost every time I talk about this my soul hurts, my tendency to mentally self flagellate rolls into gear, my chest hurts. I recall all the thoughtless comments people I love have made about the disease and other related or similar diseases – and I hurt… I feel judged and I really hurt.  I wonder why I wasn’t the lucky kind of human who was able to safely beat the virus and stop it from making that mutation. Why there are still whispers of having this, and when shared I feel honor bound to respect the privacy because holy fucking shit if there aren’t some fucking overly opinionated assholes out there.

And the thing is, I know it is so fleeting for them… the vitriol spewers. They forget that long past the speaking (or writing) of the words, the injury lingers. The pain of not just having to navigate the aftermath of a disease but the opinions of the community as well.

I wonder where it came from and what the story line to my disease is. It is silent and thus capable of being rendered into a million stories.  I think that the hardest part is that in this digital age, there is a such a deep vulnerability.  If you ever get the desire to see how people are willing to react to you in the ethers, monitor Post Secret  then head over to the PS Community and read what people say.  Some people are very kind and others have a vitriol fueled by their online anonymity. Conversely, go and read the comments on any news article about anything controversial.  People can be such assholes.

“So full of artless jealousy is guilt, It spills itself in fearing to be spilt.”
~ William Shakespeare, Hamlet

* I was not really raised in any particular religion until I was around 12. I grew up in Roman Catholic countries and feel a deep affinity for what they all taught me (hey I loved the Jesuits (and liberation theologists) that were prevalent. Once in the USA I was told I came from a looooong line of Presbyterians (though I had been baptized Nazarene) and so I decided to learn about them.  They are kind of cool. But the vestiges of the RC influence hangs on, maybe less with the theology end of things. I have a soft spot for images of Our Lady and while I love her best in kitschy forms (i.e. glow in the dark, glittered) I love her more sacred images too. I love the idea of The Saints. It is strange navigating this as a new atheist (thought I still balk at saying that because I associate that with the ilk of Richard Dawkins** and I find his proselytizing to be obnoxious and as hateful as the Christian (and other) believes he demeans.

** I am listening to his memoir right now. I roll my eyes so much I may be disfigured.  I have met him several times and found him to be ridiculous (he wore cut off jean shorts so short you could see the crack of his buttocks and other such normally personal body parts).

Name three things I should have done today….

ok, so here goes…  I really could have

The picture above reads as: The creative person should have no other biography than his works. B. Traven, 1882?-1969

The last doctor appointment I made was because….

For me personally? It was with my oncologist because I had cancer and I was being followed every 4 months and at my next appointment in December it is going to be every six month for a total of 5 years…  or was it with my eye doctor for the extra dry eyes I have?

For my Squink, it was to get his last HPV vaccination… because I am hell pressed to make sure he does not get the same kind of shit I had.

“You know what the doctor said to me to cheer me up?” Fat said. “There are worse diseases than cancer.”
“Did he show you slides?”
We both laughed. When you are nearly crazy with grief, you laugh at what you can.”
~ Philip K. Dick

A duo of songs that are an homage to my quirky music taste.