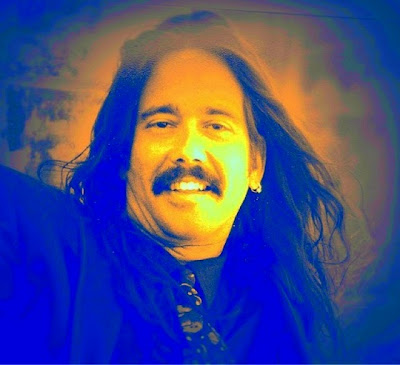 Just shy over one year ago, a very dear and special person passed away. his friendship was deeply important to me, he was kind, and gracious and patient with me. I was reminded of his passing, and the flood of sadness at knowing that I would not hear his voice again, just made my heart feel heavy. again.
He was living in New Orleans when Katrina happened, he called me a couple of days after from his cell which I had tried repeatedly to reach him on. I answered breathing into the phone with anticipation; “Blaine, please tell me you are Blaine and that you are OK” He answered; “Darlin’, I am OK. It is hell here, but I am alive.”. He asked me to call others that were important to him, people that that I did not really know, but had met and knew how to get a hold of… There was such an honor in being that person to him.
I wrote him a letter last year, shortly after I found out he had passed away from brain cancer. Here is an excerpt of that letter.

I always told you that you helped me in ways that would be eternal.
I was recently broken up with one of the most vile and worst of the boyfriends in my life… I was broken but managed to talk myself into going to Long Wong’s in Tempe to hear The Revenants play… alone. Not anything I normally did, and everything I was told I should never do.

You were sitting outside on the patio with mutual friends. You heard them ask me about the ex. They went inside to see what was going on. You stayed and talked to me about what I needed to know about being in a relationship with an addict and how to handle it. I recall thinking that you were trying to work me, and you probably were.  The light from the streetlight reflected on your long thick hair. I was pretty broken that night when I arrived. You were extremely kind and I decided to give you a chance. We spent quite some time together after that, hanging out at your casita talking about having ties to the rise of Phoenix; your years in college in Denton, Texas; music; astrology… and even a little about Charlotte… and my vile ex boyfriend.  And in those moments, where we would sit and talk, a wonderful friendship began. That is, until you decided to move to New Orleans because you didn’t want to cut your hair. I’m not quite sure how you managed it, but before you left Arizona, you helped me regain a sense of worth that I had handed vile ex boyfriend on a silver platter.  Merely in you appreciating me for who I was, was I able to regain the knowledge that I was a good person.

Those early years between us seemed a diversion. We drank a lot of your cold brewed coffee and talked.        I always marveled that you were such a wonder… You allowed me to relax and have fun. You were a catalyst in returning me to me.
We stayed in touch by email when you moved away and then when I moved out of the country. We would use chat between Quito, Ecuador and NOLA. And you taught me enough to help me get a gig in Ecuador so I could maintain digital contact with my loved ones in other parts of the world. During those times, I was able to swing a visit to New Orleans and stay with you for a few days. That trip changed me so much. It was there that I became aware that you called me darlin’, you had always called me that… but it sounded different to me. It was that trip when I felt like the sexiest and most desirable woman in all of New Orleans. You took me to dinner and fed me jambalaya, later you took me to see the Blind Boys of Alabama. I wore a simple black slip as we walked around the French Quarter and you gave me a tour of the city at night. You introduced me to your friends as we walked along the street. I had asked you as we left your place that evening if I should wear the slip, it felt racy and daring and you said “Of course, darlin’ you’re beautiful.” I think that walking around town with you while I was wearing nothing but a black slip was one of the most wonderful moments in my life as a female. I felt beautiful in a way I had never felt before. You may have been the first male to tell me that and that I believed truly meant it. You took me to a graveyard near your home and we talked about death and life as we wandered and sat on the mausoleums, that was so perfect. You told me that you had identified the time and date you’d die. You wouldn’t tell me though, you said that it shouldn’t matter and I realize that was right. You called me darlin’ that whole trip (and never stopped).
I never had “intentions” about my relationship with you. It just was. I never thought of you as a boy friend, much less a boy friend, or even as marriageable. We enjoyed each other.
I recall that once, in Phoenix,  we spent a New Years together. We had dinner and you ordered soft shell crab. I seem to recall that we went to a party and got bored and went to just get coffee and enjoy each other. You looked so handsome in your suit, and you were extra gentlemanly to me.
I’d gotten married and when I told you, you checked our chart and told me we would be very good for each other, but that I was forever your darlin’. I came to visit you again after that and you showed me another part of New Orleans and told all the inside jokes and stories… who wants a nutria po’ boy?You introduced me to your girlfriend, showed me the Shaker Shop and your love of good wood. We were friends, and I knew that would never go away.
I was one of the first people you called after Katrina devastated New Orleans… to tell me you were ok. You’d call a every once in awhile and I’d call you. You’d share your relationship horror stories and we could talk about wonderful magical things… I’d ask about my sons astrological chart (it was not done by you, but it was done with software you’d written. So it felt right to talk to you). We would talk about how New Orleans was still trying to recover, and how you felt that the US ignored Louisiana and its recovery, that we could have done more. We would talk about guns and how much you hated commie liberals. It was never contentious, it was always delightful.
Oh my dear Blaine, when you called to tell me about your tumor. I was devastated. Stage 4 is never ever good. I asked if they thought it had been that that had caused the constant ear infections 15 years prior. You said you hadn’t thought of that. I think it was, but it is in my nature to find some form of survivor guilt about you. I don’t want you dead, but you went ahead and did it anyway. So you leave me here, all the richer for having had you in my life.
I miss knowing that hearing you call me darlin’ is a phone call away. It was always so genuine.