My entire adolescence was set to the tune if my mother issuing this mantra. My adolescence… a time of boundless hedonism. Though I wasn’t a crazed child, I will admit to taking a certain number if risks, many of which I wouldn’t care to repeat all of which stitch up the blanket that is me.

My mother, in her infinite wisdom would remind me of what kind if behavior I was worthy of, and especially when I wasn’t behaving up to standard. I was lucky though, most of my friends spoke no Spanish and there were times when I’d ask to go somewhere, and begin to sound like I was pleading with her to let me go when I was actually asking her if I could throw her under the bus and to please keep me home that night. She always complied, and managed to keep a straight face doing so.
When I would make poor decisions and suffer the inevitable consequences I would offer up a plethora of excuses for my poor behavior. 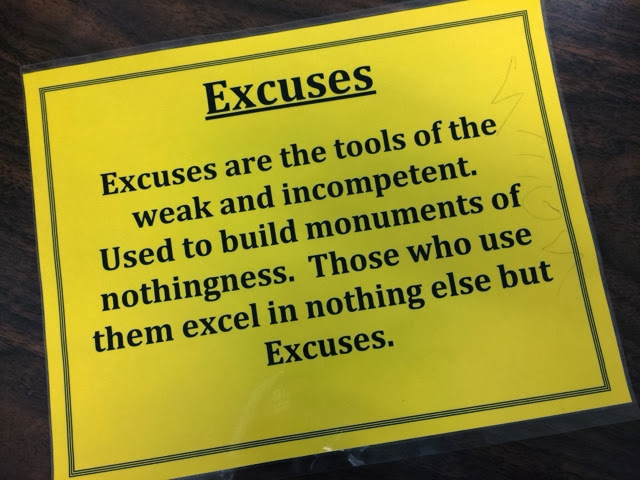 My mother would answer them by saying;
“Blair, actions speak louder than words”
And when I would counter with how I meant to call, or meant to come home early, or meant to do my chores… she’d reply with;
“The road to hell, Blair… the road to hell is paved with good intentions”
It might be a testament to my wild, wild ways that the phrase eventually became;
“The road to hell, Blair”.
Thankfully, the lesson was learned. Loud and clear. I figure it’s a part of adulthood to switch from thinking that excuses were always valid. But, I think the lesson was learned because of that point in your youth when you cease to be ruled by haywire hormones and reason sets in.
And it’s a standard I hold myself (and those I love) to.